Where have I been?

Sorry about the long hiatus. It has been the holidays and I’ve managed to do my statutory 10 minutes a day of writing but in order not to get very grumpy about knee pain I’ve had to use Saturday mornings, when I usually write this, to go to the Gym. It’s still the holidays but having woken up early today (Sunday) I have a few moments to dash off a quick blog post while I’m here. I have two very long ones in the offing so this is going to be my holiday in pictures.

We drove through France at a leisurely pace to Spain. Despite being tempted we didn’t stop at Poo.

So, instead we spent our first night a place called Sees… very pretty it was too. It rained though. Next stop … 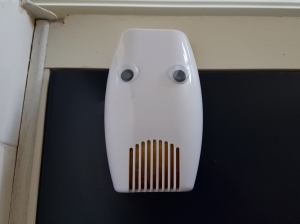 While there, we visited a tank museum which was rather good. Although the best exhibits were not tanks. They appear to be early attempts at snurds. I rather like the idea of owning a Vespa with an A.P.T. tube but the amphibious beetle has such a cheery face.

Next: Bordeaux – are you beginning to spot a theme here? Yes, more wine was drunk there. Bordeaux as an area is very pretty but the actual town Bordeaux appears to be a giant traffic jam, the roads were mostly traffic master maroon (ie stopped) but a couple of days they were red (incredibly slow). It made the M25 or the M6 round Holmes Chapel look free flowing. On the up side, there is some fantastic graffiti art on the motorways in France. I also saw the Persids for the first time in my life which was lovely. It’s always overcast here and they start too late. The Persids also gave McOther his first sighting of a shooting star. 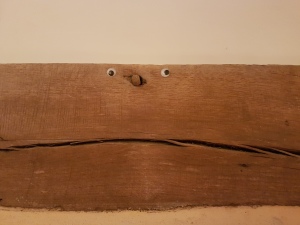 Bordeaux finished, we moved on to Spain and Haro where Rioja is made where we stayed in an apartment and took in the local sights, had some meals etc. 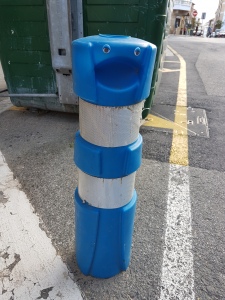 We visited some mountain top villages outside Haro …

We also had a wine tour and tasting at the producer of one of our favourite wines. 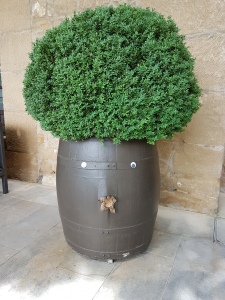 After four days in Haro it was time to return to Blighty … slowly. First stop was Pau, where Henry of Navarre was born.

After Pau we learned never to travel on the middle Saturday in August in France by din’t of taking 7 hours to complete the three and a half hour journey to our next port of call, Niort, which is a lovely town boasting a spectacular castle and a really impressive market. 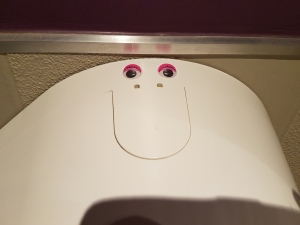 After Niort we went for a night in Normandy, staying at a friend’s cabin in a Eurocamp. That was a bit of an eye opener. We had fun though. The next day we went to Omaha Beach. 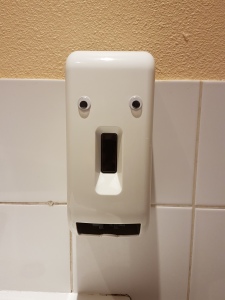 After that, it was one last night in Boulogne. 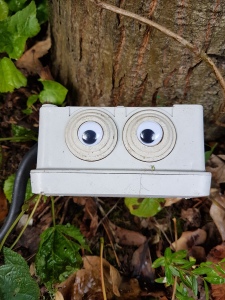 Originally we planned to do this in three weeks but we were going with friends so the departure of one of McOther’s partners on holiday one end and the end of the potato harvest for our friends the other meant we did it in 13 days. I think, looking back, it would have been more relaxing if we’d managed to take things at a slightly more leisurely pace on the journey back but all, in all, it was great fun. Put it like this. I’ve put on half a stone!

Normal service will be resumed next week.

7 responses to “Where have I been?”