Evaluation is the name of the game … or is it just spin? Some career decisions

Have you ever had one of those days when the cold hard truth hits you right between the eyes? Yeh, well, I’ve been having a bit of a wake up for some time now but last week the shit hit the fan. Then, a comment from one of you lovely peps made me think, a lot. More on that story … later.

There is a nagging worry, in the back of my mind, that I’ve come over as a bit maudlin recently. It’s not my intention and I am basically happy but I have realised something about what I thought was my current, temporary, state of affairs. It’s not temporary. In fact, while there may well be different people involved, I’m probably looking down the barrel of the rest of my life.

This raises an issue. 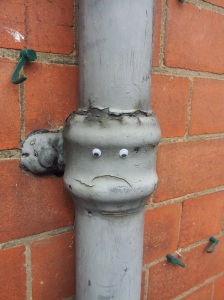 Like everyone, I want to be a good mother and wife and a kind and dutiful daughter. However, if I’m going to be those things to any effect, I must ensure that I also have an identity and a life beyond them – even if there’s only time for it in a low key way, it has to be there. My problem is that with the way things are now, I can’t do all those things at the same time. Not to the levels I have set myself. I have to lower my sights. And I have to accept some home truths.

In short, I have to re-establish the illusion that I am in control of anything beyond my reaction to events (even if it’s not true).

The fact is, sitting in hospital with my mum on Sunday was one of the most harrowing things I’ve done. She clearly felt terrible, she was unable to speak – or at least unable to say the words she was thinking after the first few minutes awake. And I didn’t want her to suffer, but I didn’t want her to leave me. I knew she would, most likely, be fine in a few days but even so, bringing in the DNR notice for them to see was difficult.

She’s a lot better, and though she’s still in hospital it is mainly because the Social Worker can’t see her to evaluate her until Monday and I haven’t the stamina to get her home and then try and organise that on my own right now. And I think she needs evaluated.

So all this stuff, all the administrivia that surrounds looking after Mum and Dad; dealing with the NHS, the social, their finance people, their carers, their bank, their utility companies, the folks who deliver their milk … all of it takes time. On top of that, watching my parents suffer takes emotional stamina and energy. My concentration span is drastically reduced, and my frustration at the way every tiny task seems to mushroom into a Herculean labour, normally through my own stupidity or forgetfulness, means my default state is one of intense frustration. My anger-o-meter is always at the red end of the dial, even though I am, essentially, happy.

On top of that, I’m a mum. For those of you who haven’t had kids, having a child is like having your brain stirred, constantly, with a huge wooden spoon – especially if your kid is as adept at mental par cour as McMini. It’s wonderful but it coddles your thoughts. And while I can express the frustration I feel about my life to him, through the medium of humour usually, I must be careful I don’t unwittingly take it out on him in other ways. And sometimes I know the anger is in my voice, anger that has nothing to do with him, and I have to reassure him that if I sound angry, it’s just frustration with other things, and not his fault.

The net result for me, is that I feel as if I am clinging onto my own identity by my fingertips. That I am little more than a kite buffeted back and forth in the air currents of other people’s neediness. This is not a good place for anyone long term. I have to look after my parents. I can’t not. I have to look after my son. I can’t not. But I also have to find some way, among that, of looking after me. Because if I go down, they all do. And that won’t help anyone.

So, apart from running away from my life and never coming back (not an option) how do I sort this out?

Well, the writer bit of my brain that is bored stupid with Real Life and wandering off is still well and truly with me, but as careers go, my authorly efforts are not going that well.

Basically, I thought that with each book I wrote I’d make roughly the same amount of cash. However, I seem to have plateaued at the K’Barthan Series. After I’d finished the four K’Barthan novels I really needed something straightforward so I wrote a stand alone, Escape From B-Movie Hell. It bombed. I naively thought that everyone who read and enjoyed my four other novels would automatically think, ‘Yeh, I’ll buy this one.’ They didn’t. To be honest, I think I’ve sold less copies of Escape this year than I sold of K’Barthan 3 or 4 in my worst month. Therefore, since 2015 I’ve been kind of stuck in a rut going nowhere, a four book wonder, because in real terms, for all it’s done, I might as well have sat on my arse from July 2014 through to December 2015 and not have written the fifth book. It’s a pity as I had a gas writing Escape and I love the results. I just re-read it, it’s far and away my best book yet but the market begs to differ.

Thus, I have learned that new stuff is not working, and that I can’t afford to take 18 months writing a book which doesn’t work. And THAT means … well, it means I have to make a plan. Also because my periods of writing time are shorter and less frequent, I take a greater proportion of the hours available getting back into the plot of a big complicated book, slowing it all up even more. So, here’s what I’m thinking …

Though my brain is desperate for the regular escapes from Real Life that only writing can deliver, it is in a state of permanent mental exhaustion.  That makes the risk of burnout omnipresent. Full length novels are tricky and another series like the K’Barthan Series will be extremely difficult.  Scratch 6 years for a four book series, in MTM’s new reality we’re looking at a minimum of 15. That’s a long time to wait before I have another two or three books that my readers – or possibly a new group of readers who like that series – want.

However, I need to achieve stuff outside the care zone. My brain needs to write, for sure, and it needs to see projects start and evolve and finish so I can earn enough to pay for my mailing list and the production of new books. For that to happen, with the hampered state of my mental capacities right now, I need to write is something simpler or shorter. So that’s what I will do; write shorter, less complicated books, which I will sell for a cheaper price. And they’ll be about K’Barth. The stories will tie in with the big books and when there are enough, I will have one of the 20k books permanently free, give one or two of the others to folks who’ve signed up to my mailing list and charge real money for the 100k plus behemoths.

Two cyber buddies in writing in my genre started producing short stories as well as novels last year and I have been watching their results with interest. One’s publisher had a minimum ebook price for a novel that was quite high, so he decided to write some shorter things that he could price lower, one just wanted uncomplicated as well as complicated. Both have found that folks are reading their low priced short stories and then moving on to the longer more expensive stuff. They are also getting less complaints about the more expensive stuff being … well … expensive.

So that’s Plan A sorted. MTM’s planned releases for next year: three short books about K’Barth – if I do well – or two if hospital time is at a maximum. They’ll retail at 99p/99c and Gladys, Ada and the punters at the Parrot and Screwdriver will definitely feature in one or two of them. If you have any favourite characters you’d like to know more about, let me know in the comments and I’ll do something about them. So far I have a lot of votes for Gladys and Ada, several for Big Merv and one for General Moteurs. I’ll try to keep the shorts coming reasonably regularly, although if either parent dies I probably won’t write anything for ages afterwards, but I digress.

As my brain can’t do complicated right now – even if it does want to do writing – this looks like a neat solution. Even starting the first short, last week, took the pressure off. Suddenly the full length novel I’m writing, which I’d got a bit stuck on, has started moving again. It’s not about K’Barth so even when it’s done, only a handful of people will read it, but I’ll like it and that’s what matters, so that’s plan B, write a big novel at the same time as the small ones.

Which brings me back to the comment. Someone pointed out that my blog is quite informative and is kind of a book on its own … and that got me thinking. The thing about the blog is, it’s all planned out, well, it isn’t but I know what I am going to say before I start. So it did occur to me that I could write a generalist series of pamphlets about publishing books yourself. It would be a series called, ‘I fucked this up so you don’t have to’. OK no that’s the only-in-my-dreams working title. It would have to be called something a bit more anodyne and sensible like ‘Mistakes I made so you don’t have to’.

The point is, I wouldn’t have to think much to do those, it would just be a case of crafting them. The knowledge, and the trains of thought, are already in my head. I wouldn’t have to imagine or research much. I’d just explain what I have learned. It might be fun. So that’s plan C.

And there, finally, you have it. MTM cares too much. MTM is an authorholic. MTM will switch the pressure from completing long books to completing some short ones that are fictional and non fictional and then the long books can go quietly on in the background at the same time.

The strangest thing is that’s not a huge change in plan. I’ve just shifted the emphasis to shorts in the foreground and behemoth novel in the background. However, somehow, put that way, it feels like it might be achievable.

29 responses to “Evaluation is the name of the game … or is it just spin? Some career decisions”