Today, I’m slightly short of inspiration. I wanted to write something smart and pithy but frankly, while I’m habitually too pithy much of the time, I’ve been the antithesis of smart for some months now. Even so, the Dad dust is settling I think, or at least, beginning to die down – I still owe a lot of people letters, though, sorry if you’re one of them.

While we were on holiday I did dip a cautious toe into writing again. OK so it was only a few hundred words and constipation and brain fog week hit immediately afterwards scuppering it at once but it was there and that’s progress. It’s not beyond the realms that I’ll get a submission in for Christmas Lites this year, it depends how the holidays and the first week of term go. Meanwhile Mum seems a lot chirpier and is starting to do things again, pottering in the kitchen and the garden, she’s much chattier and happier and a great deal more alert which is wonderful.

When it comes to me though, I am less than alert. Just before my holiday, I managed to lose my penknife and then proceeded to lose the replacement in less than 24 hours. I had a back up but it wasn’t very sharp so I managed to make a pretty good effort at cutting the top of my finger off  with it while trying to help myself to a slice of cheese while we were away. I inadvertently brought the SD stick I own with a back up of my entire computer hard drive, and all my photos, and then, realising what I had done, instead of hiding it in the deepest, darkest, chasms of my bag so I’d not lose it, I tucked it carefully away on the bedside shelves at the hotel and left it there when we departed.

On the last day of our holiday we were in a hotel with a self service breakfast bar. Like many of them, it had one of those egg boilers, you know the kind of thing a tank of water with a lid and you put a raw egg in a kind of wire mesh spoon/cup with a long hooked handle. Then you put the egg in the water, hooking the end of the spoon/cup over the side, put the lid on and turn it up so it boils. 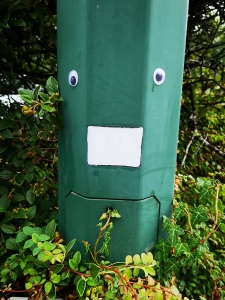 While I was waiting for them to replenish the supply of pancakes, I decided I’d do a hard boiled egg and then keep it for my lunch. When I came to the boiler there’d been some accidents. A half peeled egg and another unpeeled virgin boiled egg lay in the bottom where, presumably, they had irretrievably escaped from their spoon/cup things. Knowing how long eggs can take in these boilers, I toyed with the idea of retrieving the lost eggs of others rather than cooking my own. I have learned, the hard way, that you need to leave the eggs in a fair while even if you are savvy enough to know that you must turn it up because it may take five minutes to come to the boil. Get this wrong and, three hours later, you peel your egg in famished anticipation only to discover the yolk and most of the white are raw. Tempted though I was to remove the eggs from the bottom since the half peeled one, at any rate, was definitely cooked. It occurred to me that they might be a bit too cooked, nobody likes a raw egg, but no-one likes an egg that’s come through cooked and out the other side to bouncy, indestructible rubberiness either. I turned the boiler right up and left the egg in there while I had my pancakes.

Later as we were leaving the hotel, I was convinced that I’d forgotten something. Something important, but I couldn’t remember what – I left the SD stick at a different hotel – so it wasn’t that, anyway, at this point, I thought I still had it. There I was racking my brains as we left the car park when I remembered!

‘What is it?’ he asked, his voice full of concern.

Guffaws from the back!

‘Oh my god Dad! She’s channelling Pops! D’you want to go back? You do don’t you? You’ve got to go back because it’s food!’ said McMini.

I looked at my watch.

‘Alas, it’s after ten, they’ll have cleared it away … Pity, I was really looking forward to that egg.’

This escapade made me feel very at one with my dad (as did losing so many Important Items over the holiday – not to mention inadvertently bringing one with me in order to lose it really thoroughly, the hotel are looking but are not optimistic about finding it). But on the egg front, especially, I was extremely disappointed and I know Dad would have felt similar disappointment and probably expressed it in a very similar way. Never mind, it may chalk us both up as nutters, but if I can be half the human being he was, I’ll be very happy.

Back to writing. I noticed a post on a metal detecting group I follow about an app that’s pure genius. What3Words was invented by a guy who realised that you could break the entire GPS grid up into 3 metre x 3 metre squares and each one has a three word code. There are trillions of squares but only 40,000 words are needed which is amazing. It’s accurate but it’s also genius because by using words it uses less memory and works on nanky old machines where new stuff won’t. It also means the phone doesn’t have to have a signal for it to work.

The thing is, if you’re a metal detectorist you want to know what your GPS coordinates are when you find something good because you need to log it on the national finds database. With this app you can find your three word location, even when your phone has no signal. And of course, when you get home, you can convert those three words to GPS coordinates from inside the app at the touch of a button.

As an example of what the coordinates look like in what three words, the door of number ten Downing Street is ///slurs.this.shark but the spot across the road where the press usually stand is ///stage.pushy.nuns.

Taking another example of coordinates: I grew up in a school and the spot where my old bedroom is located is the intersection between four squares. These squares are: ///blockage.year.rally ///impeached.front.mistress ///mocked.curly.eyelashes and ///digested.starch.gravy. Meanwhile our lavatory was situated at ///spoil.infects.severe which sounds about right to be honest.

Any writers reading will already see where I’m going with this. Somehow, despite these three words being random meaningless phrases, I found that as I looked up places that had been part of my life or just randomly stuck my finger on countries around the globe I began to see these three words as reading like some cryptic story. Mocked curly eyelashes and digested starch gravy are just asking to be turned into flash fiction aren’t they?  And what’s a front mistress and why was she impeached?

The best one I’ve found so far is in Russia somewhere on what looks like a building site from the satellite images ///Mondays.smugly.coping. Clearly someone who starts the week in a better frame of mind than I do.