This week, I have been mostly … writing. 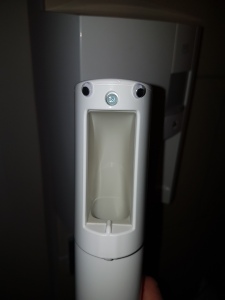 A while ago you may remember I talked about an anthology I was involved in called Christmas Lites. The deadline for the next one is looming for August and I want to write something bespoke for this year’s. I sat down to try and do something on 27th June and this last Thursday, I finished the result. Except the maximum is ten thousand words, which I aimed for, like a fool, so it’s now too long dammit; about thirteen thousand. That is exactly what happened last time I tried to write a ten thousand word short. Actually thinking about it I’m pretty sure that one ended up at about seventeen thousand words. You’d have thought I’d have worked it out by now wouldn’t you? but no. Doh.

Anyway, I started on a different short for Christmas Lites yesterday and this time I’m aiming for seven thousand words on the premise that I should end up with about nine if I do that.

The shorts are just one of the many things I’m working on in my new, always have something to write that suits your mood, technique. I sweated blood over the K’Barthan Series and I can’t bring myself to sell those books for $2.99 a pop – not in the volume they sell at because I reckon if you’re going to sell one book a month, you need to crank up the price and make more cash on each sale.

The shorts, on the other hand, are meant to be a bit cheaper so it’s not quite such a gamble to try the longer books, the K’Barthan ones at any rate. So far, the ones that actually are short are all about the male lead in the K’Barthan Series and they are episodes from his life on the run before the events in the series start, although I have one in mind about after the series, but it’s a massive spoiler for anyone who reads it by mistake first so I may just write it and make it into exclusive fan content or something. Obviously, the short series involve some of the other characters who appear in the books as well, like Big Merv, Gladys, Ada and Their Trev and so on. Although sadly, as Ruth’s in London being a normal human being at this point, I can’t really do any about her.

My cunning plan was to write five or six of them and then sell them at $1.25 a pop to introduce the characters to readers. This has, sort of, worked, except that the one I started on at the request of the late, great Kate Jackson – who some of you will know – is now at 60k and promising to turn into the usual MTM 140k behemoth. So that’s something I’m working on, along with Space Dustmen and Tripwires (the non fiction thing).

But the point of the shorts was that they are, by their very definition, less complicated, so they take less mental capacity at a period in my life when my grey matter is sub par a lot of the time. They’re also good because if I only have an hour to write in, it’s not going to take me that entire time catching up, and they tie in with my new writing regimen, which is to attempt to write for ten minutes every day (it often turns into more but on days when I’m struggling, I can usually manage to squeeze ten minutes in somewhere and that makes it easier to keep track on where things are going and it makes it easier for me to feel good about myself because I’ve ‘done writing’ and kept things moving).

All in all, this month, things are looking good. My social media presence is dropping, I haven’t run an ad for a sod of a long time and my mailings are all going out late but I have something to show for it; another complete work of fiction, which means I now have two in the bag, and with the Christmas Lites one, it’ll be three. Woot.

Batching editing, covers etc of all five or six will help me to keep production prices down, especially on the cover art work, which I’m hoping to sort in a way that makes it useable for ads and publicity and stuff like that. However, I appreciate it is a pain in the arse from my readers’ point of view. Sure they’ve been waiting three years for me to release a new book and they’re probably used to it by now but even so. It’s a long time. Which is why I’m a bit nervous and sweaty today as I’ve decided to do something unusual and share some.

6 responses to “This week, I have been mostly … writing.”