Calm in a crisis; elementary burglary for dunderheads …

One of the strange things people tell me often is that I am calm in a crisis. Positively the ice woman, apparently, in my capacity for quick thinking action.

Want to know a secret about that?

Well not wholly bollocks but mostly. Amazingly, I am actually extremely cool-headed in a crisis, I can make calm decisions in the heat of the action and the blink of an eye. They are not always the best decisions, but they are decisions that are, usually, a great step on from the nothing at all that others are doing. Sometimes, my decisions even precipitate a solution of sorts. Let’s make it clear, we are not talking about the kind of person who is likely to confront an armed robber, but if someone else is in trouble, I’m usually reasonably handy for doing the thinking, or taking action, if they can’t. But that isn’t because I’m the kind of clear-thinking, lion-hearted, V.C. winning material that the phrase, ‘cool headed in a crisis’ conjures up.

It’s because I’m a complete and utter twat.

Allow me to demonstrate.

Yesterday is an excellent example of why monumental twattery makes for good crisis management.

It’s three o’clock; time to walk up to the school to collect McMini. I grab the keys as I leave the house but when I shut the door and the yale lock clicks I can’t find the keys to do the chubb. I know what’s happened, I’ve grabbed them, and as I put them and the bag of post school snacks for McMini in my pocket, I’ve missed and dropped them. I look inside but can see no keys lying on the floor. 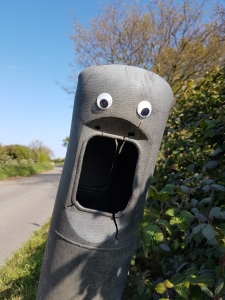 Aaaaaargh! No keys! What shall I do? Dan-dan-daaaaaargh! Thinks Mary … NOT.

It’s three o’clock and while I can break in and search for my keys it will take time. McMini is to be collected at three fifteen and if I’m late, he thinks I’m dead and gets worried. I will have to go. I mean, the door is locked.

‘Yeh laters,’ I think, since, in theory, I don’t need to try and get into the house for another forty minutes. The locked-in keys are not an immediate problem.

Having put the absence of keys aside to deal with later, the next, more immediate, thorny issue pops up; how to make the gate look locked, yet leave it secretly unlocked, so McMini and I can get in, but no-one else will try to.

Casting around I see the large chunk of a fallen tree trunk which we are using to edge a flowerbed. Thanking the good Lord for the gym, I heave it down the path and lean it against the back gate. Carefully, mind, I don’t want it to get jammed against the wooden reinforcing planks across the middle and jam it closed. That done to my satisfaction, I slip carefully through the gate so it continues to lean on the right place and head for the school.

When we return, the gate is still closed, yet we are able to open it because the wedge has worked correctly. Excellent. I shut the gate, flip the latch down so it locks and put the tree trunk back where it was. Now to open the yale lock.

Taking off my anorak I spread it on the doorstep because it’s damp and I don’t want to be soaked as well as irritated. Then I rummage about in the potting shed and select a long bamboo cane. I tie some wire round one end in a D-shaped loop, lie on the anorak and feed the pole, and my arm, through the cat flap. McMini holds the door handle down while I loop the D round the catch for the yale lock on the inside of the door. That done, I check he is still holding the handle as I require and pull the stick downwards, so it pushes against the straight side of the lock handle and turns it. You need the wire because the weight of the bamboo pole and the force of me are not strong enough on their own. The door opens and we are in. My keys are still on the peg, so basically, it seems I just bashed them with my hand in the way past. Yes, I created a crisis because I reached for my keys and actually, genuinely forgot to grip.

Never mind. All is well. Total time to break in about thirty seconds; or roughly five minutes from the start of our search for a suitable stick.

How come I can break into my own house so fast?

Practise? How do I get to practise?

Weeeeelllll. Being such a total fucktard, I manage to lock myself out of my house several times a month. See how it is that an event which would be a disaster for anyone normal is rendered routine and mundane by my awesome twattery. Yeh! Go me. Lock-out is a blip, a minor inconvenience to Mrs Shit-for-brains and son. Notice, too, how this crisis is of my own making.

So there you have it. I suspect, there are two vital components to managing a sudden crisis; the first is to be able to act at once, without being British about it and pausing to wonder if you ought to interfere. If you’re a prize pillock then clearly, you will have got over any feelings of self consciousness – or at least buried them – by din’t of the fact that you cannot afford to countenance what others think of you or you would never leave the house.

The second component of successful crisis management, I suspect, is to be able to suspend your disbelief. What I mean is that you just need to find a way of not noticing how gargantuan the pile of shit you are in actually is, but just approach it as a problem to be solved. In short, it’s down to conditioning. And if you’re the kind of spanner who regularly locks yourself out of the house, strands yourself in the middle of nowhere with a flat battery and jump leads that don’t work, misses planes, boats, hovercrafts and trains, loses your passport, takes a plane a day early etc, then you probably tackle a crisis of some sorts most days to the point where, for you, even a major crisis feels like a normal part of your day.

IF you can keep your head when all about you
Are losing theirs, and blaming it on you,
You are, most like, a porridge-brained idiot
Who can’t remember their own name or find their own arse,
In the dark, with both hands. But when shit goes down, you stand up.

If you want a calm head in a crisis you need practise, and being an utter tool in your day-to-day life will give you that practise. Yes, in every disorganised bollock-head lives the ice woman or man. Probably.

If you are despair of ever bing a big enough twat to crisis manage successfully never fear, why not pep yourself up with an uplifting, noblebright, humorous, science fiction fantasy box set for 40% off.

Yes, there are still a couple of days to get the K’Barthan Series Box Set at a drastically reduced price on Kobo. 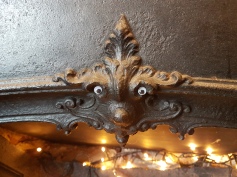 On the other hand, if you are already becoming adept at creating small crises for yourself, failing to procure a calendar for 2018 for example, you can always grab an eyebombing calendar from my recently re-vamped and re-tidied Zazzle shop here.

Postcards of my best eyebombs are available there, too, along with K’Barthan bling and some other stuff.

Last of all a glimpse at my new marketing technique: I’ve decided to try threatening people*. So here we are. Buy my stuff or Lord Vernon will visit you. 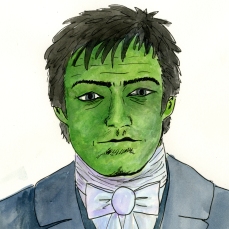 Buy my stuff! Or I’ll send him round.

14 responses to “Calm in a crisis; elementary burglary for dunderheads …”